»Our task is not to make political films, but to make films politically« (Jean-Luc Godard, 1960s) – this request has brought about a revival of one of the genres of documentary film making  ̶ Essay Film ̶ in Central Europe. By 1968, European filmmakers were using the film medium as an instrument of criticism of the authoritarian models of that society.

This category of films is unfortunately unknown in Georgia. Today, the socio-political significance of the critical essay film can become as topical in Georgia as it was in Western Europe in the 1950s-1980s.

The strategy and mechanisms of the modern political essay have been updated – in the 1960s the arguments of the filmmaker were expressed through compilation editing; today, the didactic narrative has been supplanted by the dramaturgy of the film, the artist's articulation and through the use of montage. The political statement of the film is expressed not only by its content, but also by the film's aesthetics.

For this seminar, Sa.Ga. published a Georgian translation of a collection of essays on film, Political Essay Film by Harun Farocki, Chris Marker and Thomas Tode. 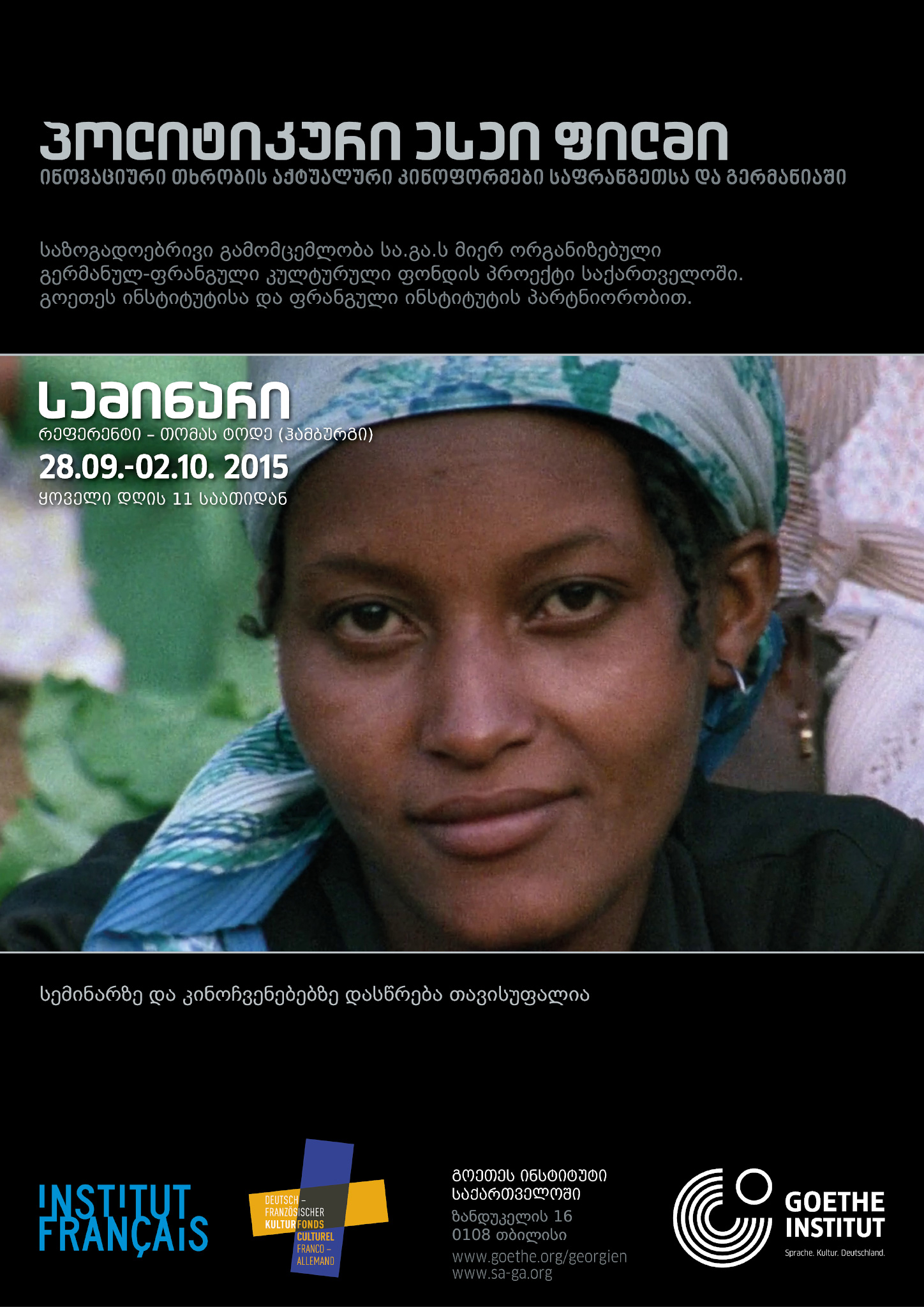