With support from the S. Eisenstein Center of film Studies (Moscow), Moscow Film Museum and Goethe-Institut of Georgia

In the course of the seminar, the speaker will analyze the goals, problems and relevance of the Film Avant-Garde of the 1920 – 1930s. The main focus will be on the art of the Soviet Film Avant-Garde. The relationship between Film Avant-Garde and thepolitical ideology of the time shall be discussed as well as the influence and parallels between the Soviet film avant-garde and German and Western film industry.

Thomas Tode will discuss the film work of Sergei Eisenstein, Dziga Vertov, Joris Ivens and Bauhaus as well as the art of Walter Ruttmann and others.

In the course of the seminar, episodes from films by directors such as Chris Marker, Artavazd Peleshyan, Mikhail Kalatozov, etc., will be screened.

An excerpt of 1930 authorized sound version of Sergei Eisenstein's Battleship Potemkin, discovered by Thomas Tode and his colleagues in the Vienna Technical Museum in 2012, will be screened exclusively for this seminar. This version of the film is unknown to the wide public. Every day a thematic film will be screened at the end of the session.

The reader of the seminar will be new editions of two film scholarly works: Dziga Vertov’s Man with a Movie Camera and Sergei Eisenstein’s Intellectual Montage, which have been translated into Georgian for the first time. Books can be purchased at the discounted publisher’s rate. Attendance to the seminar and the screenings is free. 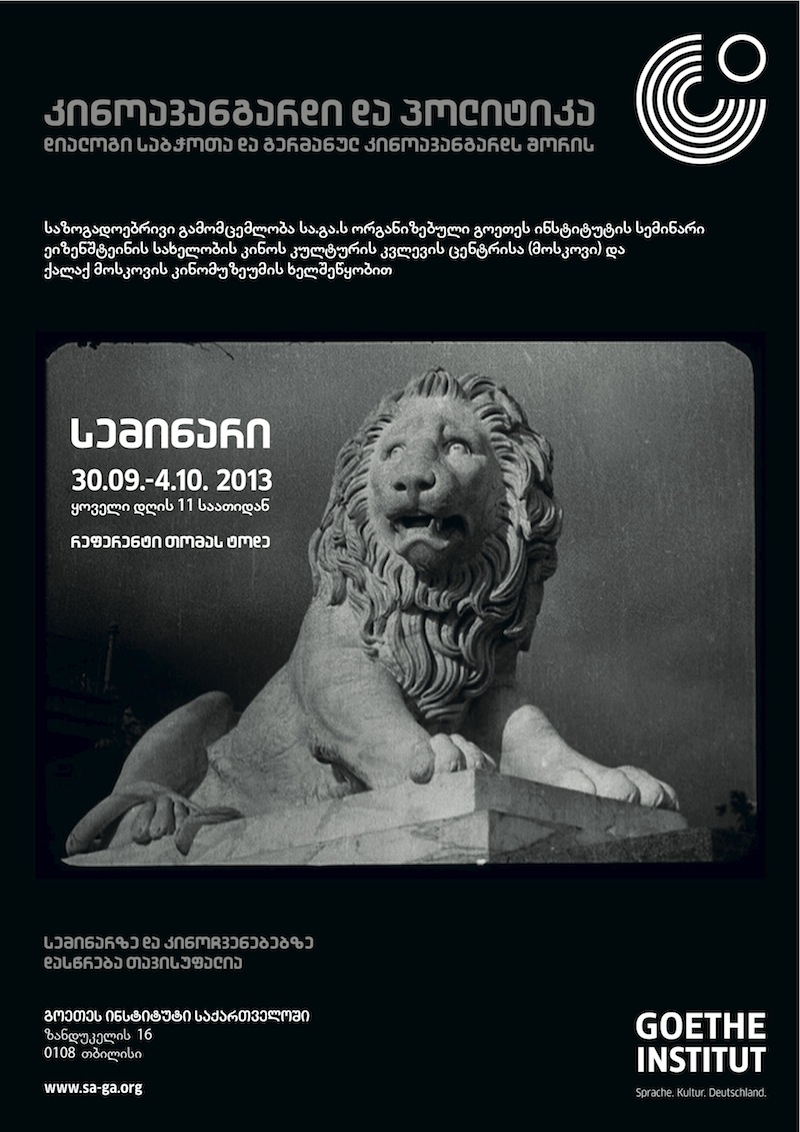